The Sitting Epidemic in Dallas

Are you a resident of Dallas who is experiencing lower back pain? Lower back discomfort is a typical problem among those who work in front of a computer for lengthy periods of time. The vast majority of employees work from a desk and are unable to walk around over the course of their shift. Our chiropractors at our chiropractic clinic in Dallas have frequently advised people who sit for lengthy periods of time that they should get up and walk around more frequently.

In recent years, the American Medical Association (AMA) has acknowledged this problem and has adopted measures to alleviate it for its own staff. They have lately asked companies to create alternate arrangements for their employees so that they do not suffer from lower back discomfort as a result of sitting for extended periods of time.

A COUNTRY OF OVERWEIGHT SITTERS

Unfortunately, sitting for extended periods of time has resulted in a large number of individuals being obese and developing health-related concerns. In today's society, there are far too many things that require the ordinary individual to sit down in order to do. Most of the time, whether you're eating or watching television or working or engaged in a video game or driving or surfing the internet, you're usually sitting down.

Employees with a BMI more than 40, according to a study conducted at Duke University, submitted twice as many workers' compensation claims as those with a BMI less than 40. According to the findings of this study, their medical expenses were 7 percent more than those of those with a lower BMI, and they were 13 times more likely to miss work than the ordinary worker who did not suffer from obesity.

The American Heart Association is advocating a new gadget that will prevent individuals from sitting for lengthy periods of time, which will aid in the fight against obesity. It is a phone application called Hotseat that was developed by Fran Melmed. In order for this software to function, the device must be set up to sync with the user's work schedule. The program may be configured to allow the user to take a series of two-minute breaks at various points during the day.

Please do not hesitate to contact our chiropractic staff at Vibrant Life Chiropractic if you require further information or have any questions or concerns. 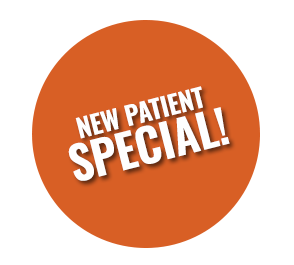